Now Under Construction at Stuyvesant

School might be out of session during the summer months but it is actually prime time for Principal Contreras and his staff to work on the various capital projects around the school that is often difficult to implement when there are 3,000+ students walking around.

Below are the projects that have been in progress this summer, thanks in large part to alumni donations and support.

The transformation of the new Robotics Lab is underway, thanks to a generous donation from alumni brothers Alfred Lin ’90 and Edwin Lin ’93.

Their $1 million gift, first announced in this December 2018 article, will physically enlarge the Robotics Lab and purchase new equipment for both the Robotics Team and students of Engineering and Robotics. Teacher/Robotics Team Coach Joseph Blay ’09 said with the improvements from the Lin Brothers’ gift, “students will gain experience using equipment similar to what they will encounter in engineering programs at the college level.”

Principal Eric Contreras said, “The Robotics Lab will create one new lab out of three existing classrooms. When it’s done, it will be one of the largest robotics labs in New York City.”

Also under construction this summer is the Guidance Suite on the second floor. The floors of the Guidance Suite have not been replaced since the building opened in 1992, and still bear marks of dust and other reminders of the attacks on the World Trade Center on Sept. 11, 2001.

Improvements include a new floor, new furniture, and a new layout that will include a college resource nook with computer stations where students can research universities before they apply.

Principal Contreras said the suite hosts 12 counselors, a social worker, and the Assistant Principal of Guidance.

Next on Contreras’ wish list of capital improvements to the school are:

Will you help Principal Contreras make his wish list a reality? 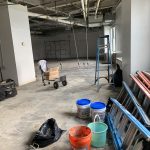 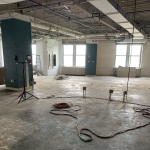 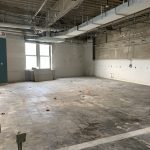 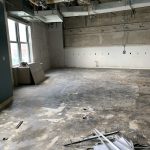 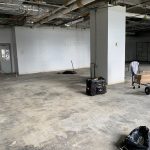 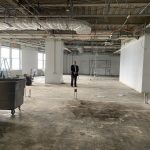 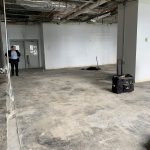 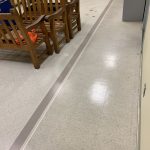 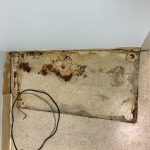 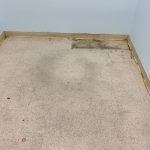 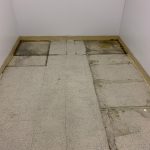