It’s probably been a well kept secret for most of you that Stuyvesant High fielded a club ice hockey team not long ago. A group of like-minded student athletes, led by Jason Lockhart ’02, went through chartering a new club to combine school spirit with their continued love for a game they played growing up in the NYC community. The Stuy Hitmen, as they called themselves, played in the Chelsea Piers League, which included a team from rival Bronx Science.

An Alumni Game was started in 2004. The first number of games pitted the current Varsity players against recent graduates. These games were hotly contested competitive games with bragging rights going to the victors. After 2008, the teams for the Alumni Game became a way to stay connected. Alumni teams were determined by graduation year or OLD vs YOUNG and then eventually choose ’em up. Regardless, great times were had during the game as well the post-game gathering at a local restaurant. These games were usually held over the Thanksgiving Holiday when alumni were in from school or former NYers were traveling to visit local family. Over the years through word of mouth we have opened the alumni player ranks to ALL Stuy graduates for a fun, casual game and, if we were short of the amount needed to field 2 teams, relatives or other family.

We would now like this game to be known and OPEN to ALL STUY GRADS.

If you are around New York on Saturday, November 24, 2018, please join us for a fun game and great time at Chelsea Piers New York at 7PM, followed by a gathering at the Half King Restaurant (505 W 23rd St).

Cost – We usually ask for $30 per skater considering the charge for the rink is $750 over the past number of years for the 90 minutes we use it.

Spectators – Anyone can watch for free. There are stands with great viewing vantages. The more the merrier!! It is a little chilly, though.

Post-Game Gathering – The players and spectators are welcomed to join for a post-game gathering at the Half King Restaurant and Pub located at 23rd St and 10th Ave. 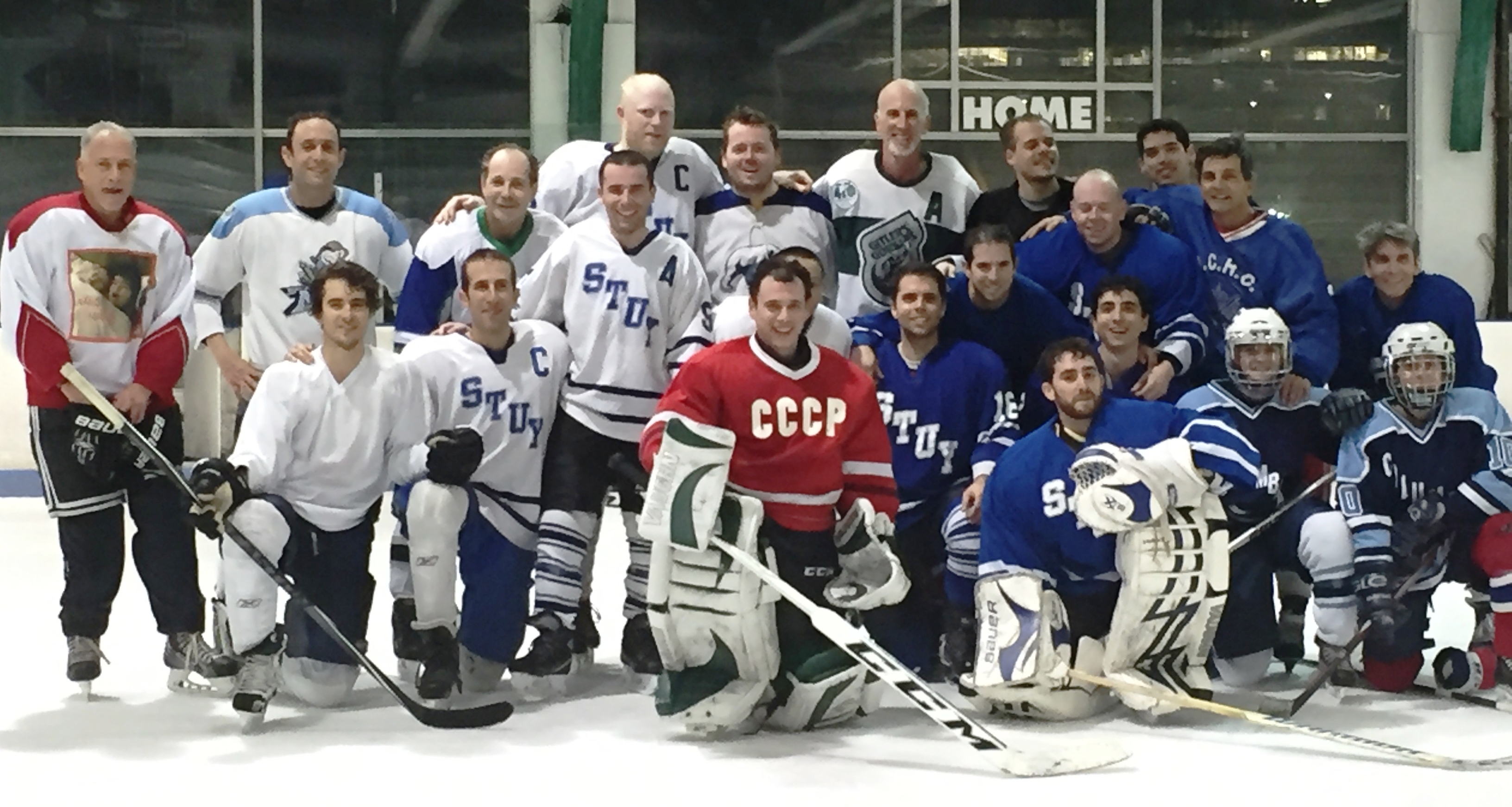